About Our Team And Our Story

Meet One Of The Best Dyslexia Teams In The Field

Alanna graduated from Northern Arizona University with advanced degrees in Speech Pathology & Audiology and Chemistry. She worked for Intel Corporation for 30 years and was a Director in the Worldwide Supply Chain at the time of her retirement.

“You can imagine my delight when I witnessed my 6-year-old son reading and writing his letters. As any mother would be, I was so impressed with my little boy. Kindergarten and 1st grade were no problem for Shaun. He did well in school, his teachers loved him, and all seemed right with the world for me as a parent. In 2nd grade is when I started noticing there was a problem as I discovered Shaun had merely memorized the books, I read to him as a child but could not distinguish words or sounds. His writing was lovely when he copied it from a book or the board, but he had no idea what it said. Coupled with this his 2nd grade teacher who quite frankly was terrible to him I knew that we were in for a rough ride when it came to school for Shaun.

It wasn’t until many years and many struggles later that I did my own research and determined that Shaun might have dyslexia. I addressed it with school administrators and teachers but without success. The schools either had no one who had any experience in teaching someone with dyslexia or as in with one principal who called me “a hysterical mother” didn’t seem to really care. According to them, he was after all only one child and they had 20 others in the classroom so customizing a learning environment for him was out of the question.

The breaking point for me was as I was meeting with his High School Special Education Director and was told I needed to face facts; “Shaun would never graduate HS and he should just become a welder”. I have no problems with welders, but I knew my son and I knew that was not what he wanted for his life. Following that episode, I found a school that could support Shaun and his learning differences. He regained his self-esteem, did well in school and graduated with honors. I am so proud of him!

Although I never intended to become a Dyslexia advocate (I was busy with 2 other children and a full time career) I did. I learned so much about what children and parents need when they have a child who has dyslexia or any other kind of learning difficulty. Not only does the child and parent experience being “beaten-down” by the education system but learning becomes a burden and a chore rather than a joy.

I bring a special trio of knowledge and skills to The Dyslexic Group. I am parent of a dyslexic; I am tutor for dyslexia students and finally an advocate for our education systems and educators who want to make a difference in children and adults lives. They can make dreams come true for the people they serve and I want to be part of that.”

Shaun, a dyslexic himself, is a Certified Advanced Barton Reading & Spelling System Tutor. He is also trained in Lindamood-Bell LiPS, Visualizing & Verbalizing Foundations of Sounds and Handwriting Without Tears.

“I knew something was different about me pretty early in my elementary school years. I would see the other kids easily spell the words my teacher gave on weekly basis. Their papers were returned with smiley faces and mine just had red marks all over it. My only reaction to any spelling or reading was pure fear.

As I progressed through school the situation just got worse. I was being moved from class to class, different resources rooms, and eventually ignored. My mother tried to work with the schools and even hired tutors but to limited success. She finally figured out through her own research that I probably had dyslexia. Unfortunately, the school systems didn’t understand what I support I needed so frankly I didn’t get anything. I was just passed along each grade with an IEP that did nothing to help me. My self esteem was shot and I had given up. I figured I would never achieve the goals and dreams that I had for my life. It was a very dark point for me.

I am very fortunate to have a wife and mother that never gave up on me and they have always believed in my potential. The two of them encouraged me to get some tutoring to help with my dyslexia. During tutoring, I learned that nothing was wrong with me I just learned differently.

As an adult I went through the Barton Reading and Spelling System. I had finally found a program that makes sense and I began to see results right away. I felt more possibilities open up to me and I knew I wanted to help others like me. I decided to change career paths and devote my life to working with other dyslexics. I love seeing the difference I can make in a child or adults life when they succeed in something that seemed impossible.”

Having felt frustrations from a lack of support for her own child in special education systems, Amy has now turned her career towards being an education provider for our community’s youth with learning disabilities.

Read Amy's Story
“I spent most of my adult life working towards finding a career in the corporate world. My undergraduate studies were in Business and Human Resources, and I have a Master’s degree in Business. I found myself in the corporate world where I had aspired to be, and was left feeling like it just wasn’t the right fit for me. I kept reminiscing about my favorite “job,” which was being on the board of the PTO organization at my children’s school. I was lucky enough to have a great support system that allowed for me to change my career path and realign with where my real passion is at, reading and learning.

During my time as an active member of the PTO, I was able to implement programs schoolwide that were geared toward improving reading and literacy skills for our students, as well as finding a way to create a partnership of support between the parents and the faculty to achieve these goals. I was even able to start a quarterly Literacy Night, which was a free event for all students and their families. It featured games and activities designed to have the parents and their children work together in a new way to practice reading skills, and quickly became a hit among the community.

Reading has always been such a huge part of my life and now, as a mother of three, I am trying to pass on that love of reading to them as well. Reading is a passion of mine, and I wanted to find a way to bring the joy that I have experienced from reading to those that may not have uncovered their love for reading quite yet. As a mother of a child that has been in special education classes and therapies for his entire school career, I know first-hand some of the pitfalls that parents find with the school system, and subsequent frustrations felt when they are not able to meet the educational needs of their children. I have left many an IEP meeting or conference in tears or anger at feeling let down by the system. It inspired me to look for sources outside of the district, and inspired me to really actively want and demand more for our youth. I realized that I could do more for my kids and their peers if I got in the game myself. I was lucky enough to find a home here at The Dyslexic Group with a team that feels the same passion and drive to make a difference that I feel I have; it has truly been a blessing to be a part of this amazing team.”

Kristie is the mother of five children and worked tirelessly to help them grow and achieve their dreams. She spent a lot of time helping her kids learn and when they struggled in school she worked with teachers to help them overcome these challenges.

Kristie is the mother of five children and worked tirelessly helping them grow and achieve their dreams. She spent a lot of time helping her kids learn and when they struggled in school would work with teachers and administrators to help them overcome these challenges. It was great to see them grow and learn. There were many teachers that cared for the kids, but the system did not always have the resources or understanding to help.

When one of Kristie’s sons was starting High School he was diagnosed with Dyslexia. Before this he really struggled, and hated school. It was always a struggle to get him to school, and to stay at school. IEPs and well intentioned teachers were the norm, but throughout his early years he was often told to “try harder,” or to be more “focused” and he would succeed. Once she discovered he was dyslexic, he started tutoring with The Barton System. During the time he tutored his confidence increased, as he finally could see growth and success. He learned how to advocate for himself and even came to enjoy school! Learning about his dyslexia and successfully completing the tutor program made a huge difference in his life. He was able to graduate and continue to college and accomplish many of his dreams.

When Kristie witnessed the change in her son, she wanted to become a tutor and help others enjoy this change in their lives too. Since Dyslexia runs in families Kristie’s dream was to become a tutor herself so she would be ready to help those close to her. She wants to help others gain the ability and success that her son has experienced. This is her labor of love to help others with Dyslexia. It is pure joy to see the light go on when learning “clicks” and someone can see they are succeeding, when so often they have not experienced success.

In her free time Kristie enjoys bike riding, group fitness and spending time with family.  She is thankful to join The Dyslexic Group as a tutor and have the opportunity to make a difference in the lives of children and adults. 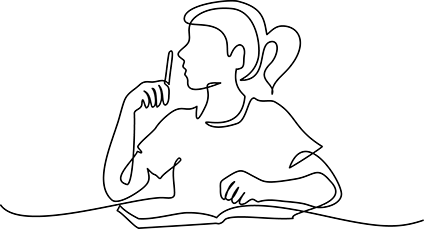 The Deep Roots To The Dyslexic Group

“The Dyslexic Group is a family-owned business that is deeply rooted in our own family’s history. We come from a long line of educators, so it is upon their shoulders that we stand today. Rosemary Castillo Timmons, Alanna’s mother and Shaun’s grandmother was a teacher and a reading specialist. Unfortunately, she died before Shaun was two, so she was unable to help with his reading difficulties, but her legacy is one of the primary reasons that Shaun and I decided to open The Dyslexic Group.

Rosemary had a firm belief that reading was not only an important skill but an essential one. She believed it was a way to achieve your dreams and we share that belief at The Dyslexic Group. Our mission is to provide our students and their parents with the knowledge and skills to be able to navigate the life challenges that come with dyslexia. We are constantly working to provide the best individualized academic therapy programs for each of our students utilizing proven methods to achieve optimum results.” 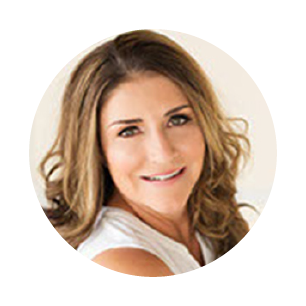 The Dyslexic Group © All Rights Reserved 2022